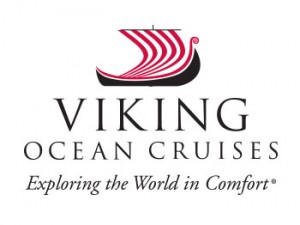 Viking has announced that it took delivery of Viking Sun, the company’s fourth ocean ship, on 25 September 2017. The delivery ceremony took place this morning when the ship was presented at Fincantieri’s shipyard in Ancona, Italy. On 4 October, Viking Sun will set sail from Venice, making her way through the Adriatic and Ionian Seas on her maiden voyage. In early November, Viking Sun will cross the Atlantic to sail Autumn itineraries. On 15 December, the ship will embark on Viking’s first-ever World Cruise. Over the course of 141 days, Viking Sun will journey around the world, visiting 35 countries and 66 ports, before the itinerary ends in London on 5 May 2018.  In 2019, Viking Sun will continue to sail the globe on the recently-announced second World Cruise, which spans 128-days, five continents, 21 countries and 44 ports with 10 port overnights.

“As we celebrate two decades of helping guests travel the world in comfort, this year also marks one of significant growth. We are pleased that with the delivery of Viking Sun we now have four small ships, each carrying only 930 guests,” said Torstein Hagen, Chairman of Viking. “With the continued expansion of our offerings, we look forward to bringing guests to more destinations around the world and introducing them to the Viking way of exploration.”

Viking’s ocean ships have a gross tonnage of 47,800 tons, with 465 staterooms that can accommodate 930 guests. Classified by Cruise Critic as a ‘small ship’, the all-veranda Viking Sun is the newest addition to Viking’s award-winning ocean fleet, which also includes Viking Star, Viking Sea and Viking Sky. In its first two years of operation, Viking has been rated the number one ocean cruise line in Travel + Leisure’s 2016 and 2017 “World’s Best” Awards. Viking will welcome two more sister ships in the next two years, and by 2019 it will be the largest small ship ocean cruise line. Two additional ships are also on order for delivery in 2021 and 2022. Viking’s ocean fleet features modern Scandinavian design with elegant touches, intimate spaces and attention to detail.