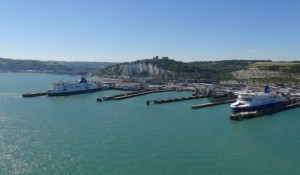 Britain’s ferry industry continued its revival in 2014 on over 75 routes, posting increases across the board for passengers, cars and coaches carried during last year.

Overall, Continental ferry routes were the strongest passenger growth sector in 2014, up 3.7% to 18.32m with the key Dover-Calais/Dunkirk short Channel routes operated by DFDS, P&O Ferries and MyFerryLink up 4.4% to 13.29m. North Sea routes to Holland by DFDS, P&O Ferries and Stena Line were up 2.9% to 1.75m passengers, with the western Channel sector, operated by Brittany Ferries and DFDS, up 1.5% to 2.85m.
Ferry passengers travelling to Ireland by operators including Irish Ferries, P&O Ferries and Stena Line, were up 1.4% overall in 2014 to 4.87m, with the “central corridor” Holyhead and Liverpool routes to Dublin the best-performing sub-sector, showing 2.9% growth to 2.13m passengers.
Domestic mainland ferry routes were up 1.8% overall to 15.83m passengers overall, with Scottish routes performing best, up 3.9% to 6.19m passengers served by ferry lines like Cal-Mac and Northlink. Isle of Wight passenger figures via operators such as Red Funnel and Wightlink, rose 0.7% to 8.64m in 2014.

Cars and Coaches ride the waves

“It has been another strong year for UK ferry industry, putting on more than a million passengers for the second year in succession, with us now in striking distance of 40 million passengers for 2015” said Discover Ferries director Bill Gibbons. “In the all-important France market, with 15.9m passenger journeys in 2014, ferries are the market leaders with 33%, compared to approximately 23% by air, 23% by Eurotunnel and 21% by Eurostar – and other ferry markets like Holland, Northern Ireland, and Scotland are all showing strong passenger growth.”

“Consumers are now very savvy about getting the best value and minimising hassle when they travel- especially with their families. They realise that taking your car by ferry is a smart way to achieving a new sense of travelling freedom, with no baggage charges. The industry is also getting together behind our showcase consumer campaign for National Ferry Fortnight, running this year March 2-15, when some excellent added value ferry offers will be available on www.discoverferries.com.”