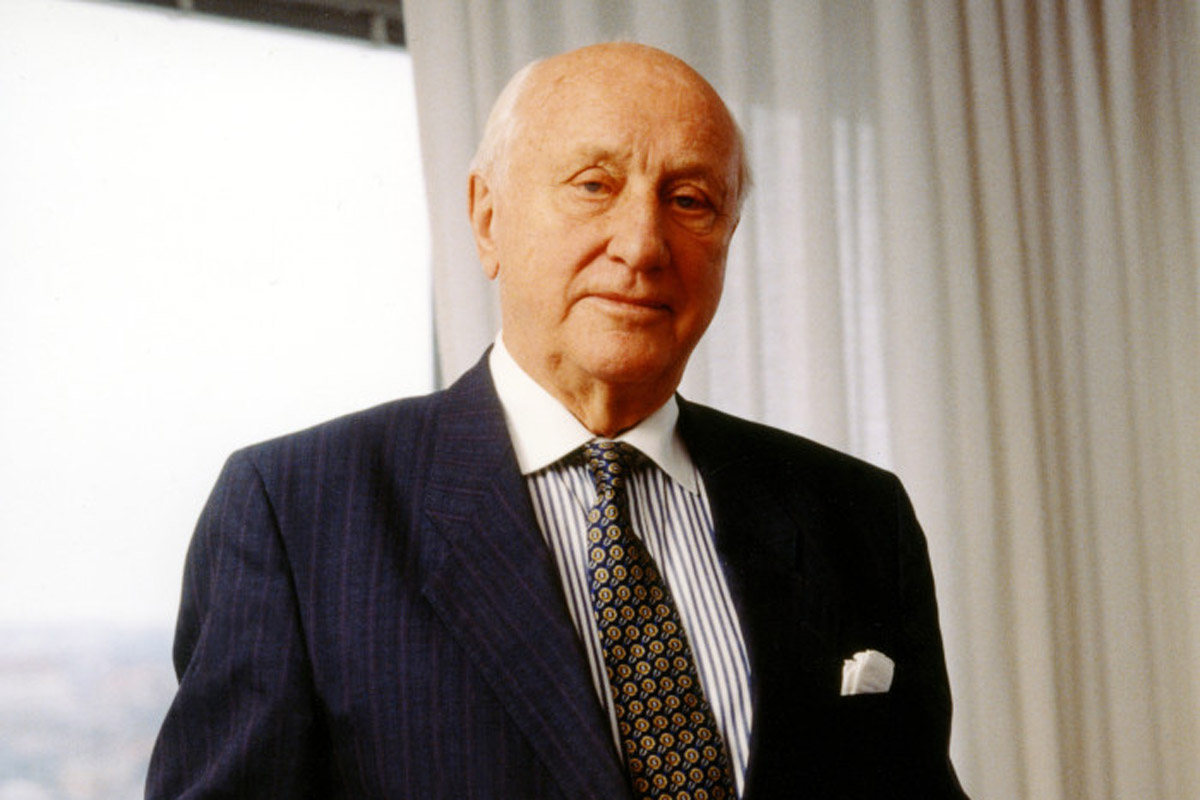 Stena’s founder, ship-owner, entrepreneur and family man, Sten Allan Olsson has passed away at the age of 96 years old. He leaves behind his children Madeleine, Dan, Stefan and Christofer and their families.

Sten A Olsson was one of Sweden’s greatest entrepreneurs of all time. He was born in 1916 on the island of Donsö, in Gothenburg’s southern archipelago. His childhood on Donsö was marked by close family feeling, responsibility, thrift and diligence, something that would characterise his personality and life. Sten A Olsson’s father, Gustav Olsson, was a major role model for his son. By the time he was 27 years old, he had bought a schooner, on which he was the master. And thus was born the young Sten Allan’s dream, one day he would run his own business. The seed to Stena’s success story was sewn.

The first step was to get an education. He attended both Ljungskile Folk High School and the commercial college in Gothenburg. After various traineeships, and just 22 years old, he started his first enterprise, the trading company Sten A Olsson Metallprodukter. Sten A Olsson had a rare feeling combined with a talent for business. This, combined with hard work, thrift and honesty, made the business flourish. What had started as a small company in the scrap industry quickly grew under Sten A Olsson’s leadership. The shipping company was started in 1948 and during the 1950s it was operating 12 owned and 12 chartered freighters in costal traffic. Today, the Stena Sphere is a successful group of companies with operations spread all around the world.

Sten A Olsson was not the type of director to sit on his laurels, far from the operations. Quite the opposite. He managed the businesses with a firm hand and worked hard and goal-oriented. 1962 was a crucial year in Stena’s history. This was the year when Sten A Olsson entered the passenger ferry business, on the Gothenburg-Skagen route. This was the start of Stena Line, which has grown into one of the world’s largest ferry companies.

The original operations, today in the form of Stena Metall, have continued to grow and today they constitute one of the Nordic countries’ largest recycling companies; Stena Fastigheter is one of Sweden’s largest private property companies; Stena Bulk together with Concordia Maritime account for Sweden’s largest tanker shipping business; Stena Drilling is Sweden’s sole Swedish controlled business carrying out off-shore drilling for oil. Many other enterprises within the Stena Sphere, thanks to Stena A. Olsson’s fundamental values, have remained successful and profitable.

So today, the Stena Sphere is one of Sweden’s largest family owned groups of companies with more than 20,000 employees and a turnover of around SEK 60 billion.

As a businessman, Sten A Olsson was innovative and known for taking decisions relying on his intuition combined with thorough and rapidly completed practical analysis. He was not afraid to go his own way and he had the courage to take difficult decisions. One of his mottos was: Don’t let setbacks get you down, get back on track. Fly low and far.

Nor did Sten A Olsson forget where he came from and he kept his ideals from his upbringing on Donsö throughout his life. His leadership style was characterised by a practical philosophy: You are never better than the information you have gathered. Which is why he could often be seen on the quayside talking to both customers and employees. For Sten A Olsson, family and work was always centre stage and he had an engaging approach to his success and fame. For Sten A Olsson, doing profitable business was both his work and his interest and sharing his successes through donations to charity and foundations was very close to his heart.

In connection with Sten A Olsson’s 80th birthday in 1996, the Sten A Olsson Foundation for Research and Culture was founded. Through the foundation, the Stena A. Olsson family provide support to research and cultural activities, mainly in Gothenburg and western Sweden. Over the years, donations have been made to Chalmers, the Gothenburg School of Business, Economics and Law, the Art Museum, Göteborg Opera and Universeum.

A man with creative force has left us, but his lifework lives on. Or as Sten A Olsson would have said: As long as we live every day in the present and for the future, our journey will never end.