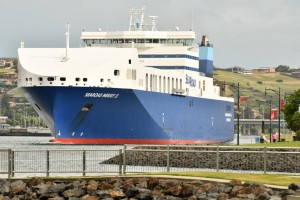 TWELVE months ago today [December 11] the distinctive blue ship Searoad Mersey II sailed into its namesake river at Devonport for the first time, to begin a new era in Bass Strait sea transport.

The 182-metre vessel, with more than twice the cargo capacity of its predecessor (the original Searoad Mersey) arrived from its German builders in sparkling conditions. Searoad Mersey II received a warm welcome as it entered its home port, at official functions in Devonport and Melbourne, and at a celebratory public open day in East Devonport that attracted more than 5,000 people.

In its first year in service Searoad Mersey II has proven to be a star performer, racking up some impressive statistics. It has carried more than 11,000 semi-trailers, 40,000 containers and 10,000 cars and other vehicles on 285 voyages of virtually continuous service. Freight carried includes over 220,000 head of livestock and project cargoes such as bridge beams fabricated in Tasmania for use on the mainland. 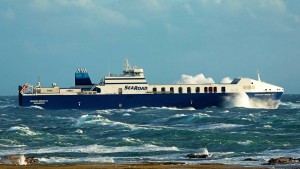 SeaRoad executive chairman Chas Kelly said the company couldn’t be happier with the ship. “Searoad Mersey II has exceeded our expectations in almost every way.

“The extra capacity has meant we’re able to comfortably meet the requirements of Tasmanian importers and exporters regardless of the seasonal demands, and the ship’s extra speed and power enables us to keep to schedule despite the worst Bass Strait weather can throw at us.”

Mr Kelly said SeaRoad was in the process of finalising LNG supply for the vessel: “This will enable full gas operation and allow us to fully realise our vision for clean, green Tasmanian transport.”

The popularity of Searoad Mersey II with ship’s crew, terminal staff and especially shippers on both sides of the Strait has encouraged SeaRoad to speed up plans for a sister ship, to replace Searoad Tamar. Progress is dependent on a number of factors including shipyard availability. 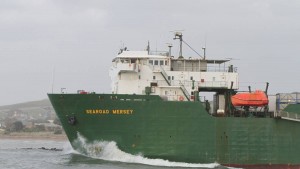