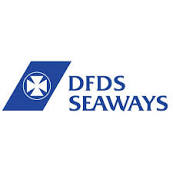 Award-winning ferry operator DFDS enjoyed a record year on its Newcastle to Amsterdam service in 2015, carrying more than 580,000 passengers.

The result was boosted by the company’s strongest ever May to September performance, during which the two ships on the route carried more than a quarter of a million people. Sister ships, the Princess Seaways and the King Seaways, provide daily sailings on the route and the growth in popularity of the service means the operator is looking to set new records this summer too.

Max Foster, passenger director for DFDS said: “We’re excited to have set a new record on the Newcastle to Amsterdam service in 2015 and we’re looking forward to building on that with another record-breaking summer this year. The four month summer period is a key time, and our teams at the port and onboard work really hard to provide our guests with an enjoyable and relaxing start to their holidays.”

Passenger numbers hit record highs last summer, with almost 70,000 people using the service in August alone. The steady growth in the popularity of the route has provided a boost to tourism in the North East with more than 395,000 visitors from Europe and further afield using the ferry service to visit the region in 2015.

Max Foster added: “A key element of our success is our ability to attract a diverse group of passengers to visit the North East, especially from Germany and the Netherlands. These visitors play an important role in boosting the contribution of tourism to the regional economy.”

DFDS provides overnight foot passenger minicruise sailings for passengers looking for a couple of nights away and also welcomes passengers travelling in their vehicles for longer breaks on the Continent. Onboard the ships, passengers can dine in one of four restaurants including the Blue Riband à la carte, a steakhouse, an Italian or an all-you-can-eat buffet. There are a number of bars onboard featuring live entertainment, along with a cinema, shops and play areas for children.

The 2015 result on the route continues a three-year growth trend that has seen performance exceed previous record highs recorded in 2009, before the full impact of the global recession was felt.