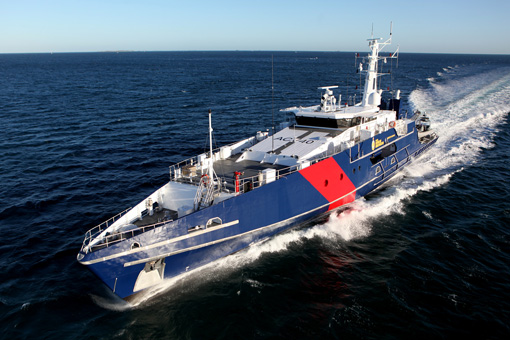 Austal has appointed Graham Backhouse to the position of General Manager of its Henderson Shipyard Operations (HSO) in Australia. Austal’s Chief Executive Officer, Andrew Bellamy, said Mr Backhouse would bring considerable value to the operation, which is now focussed on the design and manufacture of naval and paramilitary vessels for the Australian and international markets.

“We are fortunate to have someone of Graham’s calibre and experience join us to lead the Henderson Shipyard Operations. He brings a strong background in defence contracting and will be a pivotal member of the executive leadership team,” he said.

Mr Backhouse’s career includes 24 years in the defence field, working with industry and governments throughout the world including in the United Kingdom, Germany, Spain, Italy, Austria, Canada and Australia. His most recent position in defence was as General Manager for the ANZAC Ship Alliance. This industry-government partnership provided operational support services to the Royal Australian Navy’s fleet of eight ANZAC class frigates. This included design, configuration management, system integration, in service engineering, upgrade, repair and operational maintenance.

“Austal is an exciting company with a strong track record of delivering innovative, client and capability focused solutions to the global market,” Mr Backhouse said.

“The capabilities of Austal and its products are amply demonstrated by the Littoral Combat Ship and Joint High Speed Vessel programs for the US Navy, and numerous successes in the patrol boat market. I look forward to contributing to the company’s continued emergence as a world leader in naval shipbuilding and support,” he added.

Austal, as prime contractor, is contracted to build eight Cape Class patrol boats for the Australian Customs and Border Protection Service at its HSO, south of Fremantle, Western Australia. The first of these 58.1 metre aluminium monohulls will be launched early next year. Austal is also contracted to provide in-service support to the fleet until at least 2019.