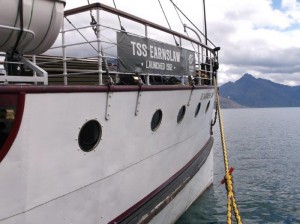 The TSS Earnslaw was built by J McGregor and Co in Dunedin and commissioned by New Zealand Rail on 18 October 1912 and to this day graces Lake Wakatipu, South Island, New Zealand.

The vessels age and superb condition is truly remarkable but so too was her construction. The Earnslaw’s keel was laid at the beginning of July 1911 and by early November her hull was complete before every part of her was meticulously numbered and dismantled. The parts were then transported to Kingston where they were reassembled.

Spurred on by the discovery of gold in Arrowtown in 1862 activity on Lake Wakatipu became busy as it catered for the prospectors as well as a growing population.

As well as having the distinction of carrying the Queen and Prince Philip in 1990 she has also starred in an Indiana Jones production called the Kingdom of the Crystal Skull in 2008. 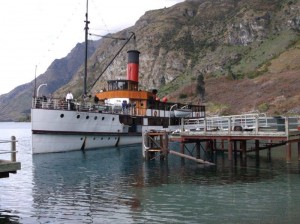