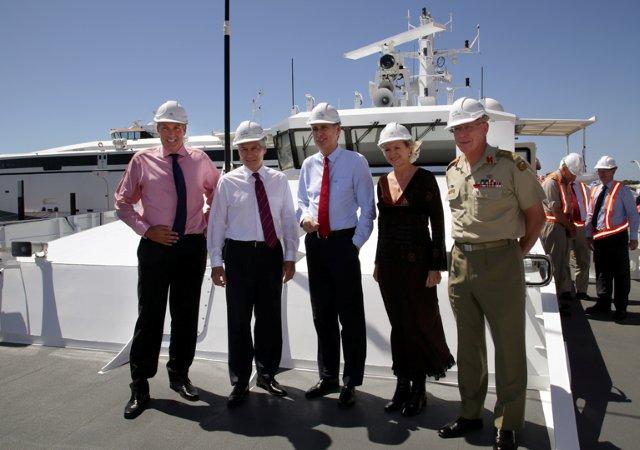 Austal recently welcomed a high profile defence delegation, including the United Kingdom’s Secretary of State for Defence, to its Western Australian facility.

The visit was hosted by Austal’s Chief Executive Officer, Andrew Bellamy, who said it was an honour to receive such an important delegation.

“We are delighted that Secretary Hammond and the Australian defence leadership decided to include Austal in a busy schedule centred around the Australia-UK Ministerial Consultations (AUKMIN),” he said. “The visit reflects Austal’s status as a global defence prime contractor.”

The visit included a tour of the first Cape Class Patrol Boat, which was recently launched at the shipyard, and a 102 metre Austal trimaran. These demonstrated the advantages of high speed vessel and systems technology very similar to that used in the LCS, JHSV and other Austal defence programmes.